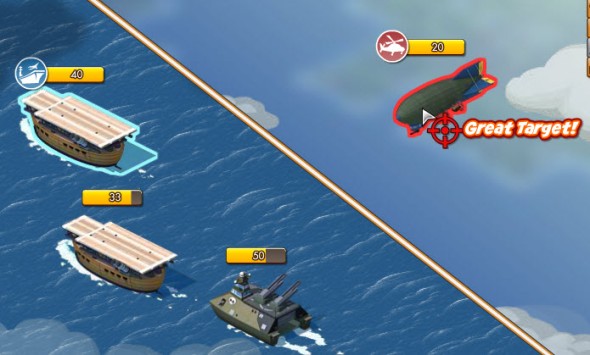 Though Zynga’s Empires & Allies may feature farming, resource collecting, and city building; it is primarily a war game. You may have a thriving city, but when the invading armies arrive on your shores, you’ll need an army and a battle strategy to fight back.

Hey everyone! Players of Empires & Allies that are over level 14 or so should like this.  If you are lower than level 14, please skip this for now, and come back to it when you’re higher level.

Essentially, this is a page of ask-for links for metals. What you do is this: pick a metal that you need a lot of, or that you want to stock up on. Select the corresponding picture below, and then send requests to as many friends as it will allow.  Then, sit back and watch the metals roll in as you play. You will literally see when someone answers your request because a pop-up will show up at the bottom of the play window.. Similar to this:

In this example, I asked for copper, and that is what I got!

So anyway, here are the links:

I have to reiterate that if you are under level 14, none of this will work for you. Come back when you’re bigger though!

I don’t know how often you can use them… I’ve asked for stuff every 6 hours or so, and it seems like my friends list refreshes so I can send to the same people.

Hope you find this useful. Don’t forget to share with your friends!

FGS – A friend to Zyngya Gamers

Are you one of those Facebook addicts who plays Zynga games like Farmville, Cityville, Frontierville and other games? Are you too lazy or don’t have time to accept all those game requests?

If your answer is yes, then FGS is for you. FGS (Friendly Gaming Simplifier) is a free add-on or extension for your Firefox and Google Chrome browsers.

This cool extension will let you accept gifts on your Zynga games as well as click on game wall posts of your Facebook friends or neighbors.

To download FGS, you can either search its fan page by search FGS on your Facebook or you may visit the following link: http://rzadki.eu/projects/fgs/